Founded in 1881 by Horatio Spafford (author of the famous hymn, It is Well With My Soul), the American Colony in Jerusalem operated a thriving photographic enterprise for almost four decades. Their images document the land and its people, with a special emphasis on biblical and archaeological sites, inspirational scenes, and 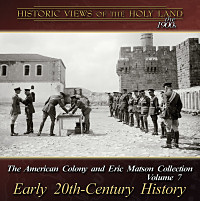 historic events. One of the photographers, G. Eric Matson, inherited the archive, adding to it his own later work through the “Matson Photo Service.” He eventually donated all the negatives to the U.S. Library of Congress, which has made them available to the public.

This volume includes more than 400 selected photographs of important figures and events from the pre-1948 history of Palestine, including the visit of Kaiser Wilhelm to Jerusalem (1898), the surrender of Jerusalem (1917), the Arab Riots (1920s), the founding of Hebrew University (1925), and Zionist projects in Palestine. All of the images are included in pre-made PowerPoint® files for quick and easy use, as well as in high-resolution jpg format, suitable for projecting or printing.

About the Producer: Dr. Todd Bolen is a Professor of Biblical Studies at The Master’s University. He lived and taught for many years at their campus near Jerusalem. He is the producer of more than 45 volumes of photographs illustrating the biblical world, including the Pictorial Library of Bible Lands and the Photo Companion to the Bible.

Guarantee: You will be satisfied or your money will be refunded.

Wilhelm visit, emperor and empress at Dome of Rock

Wilhelm visit, emperor and empress at Tomb of Kings 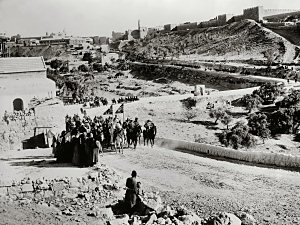 Surrender 1917, copy of letter of surrender

Surrender to British, 1917, Watson and mayor

German prisoners of war in Jerusalem

Railroad car where armistice was signed, 1918

Temporary railway near tombs of Judges

Earthquake of 1927, damage in street

Earthquake of 1927, damaged room of Augusta

Earthquake of 1927, house on Mount of Olives

Earthquake of 1927, mosque on Mount of Olives

Earthquake of 1927, Nablus, blocked up street 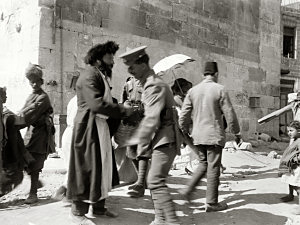 Palestine Inquiry Commission at Dome of the Rock

Emir Abdullah with standard in Amman, 1921 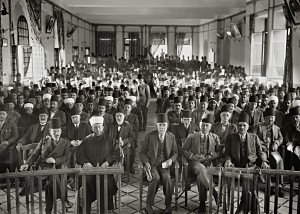 King Farouk of Egypt and his family

Lord Plumer group outside of Dome of the Rock 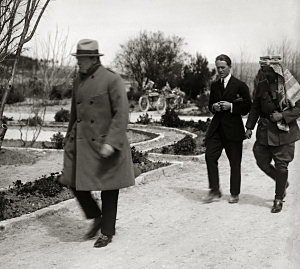 Jaffa, Samuel and governors of Jerusalem, 1920

Samuel and Churchill at Hebrew U

Arab stamp, Palestine for the Arabs

Board room of golden books in the Zionist buildings

Mayor of Jerusalem and Turkish officer

Sherif of Medina and Grand Mufti in carriage, Jerusalem

Turkish soldiers before Tower of David 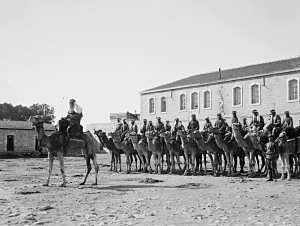 Commencing Jewish settlement, threshing with board

Degania A, Jewish colony near Semakh

Degania orchards and Sea of Galilee 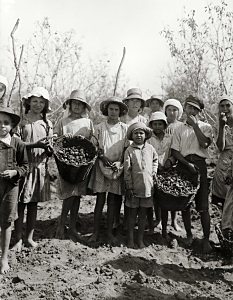