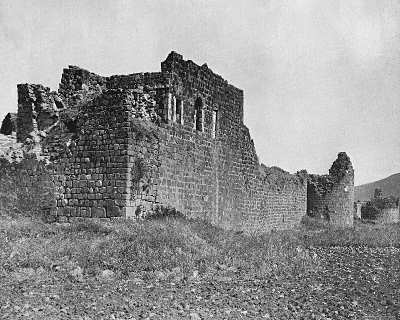 Source: Earthly Footsteps of the Man of Galilee, p. 217.

The hot springs . . . , the tombs, the fine columns and ornamental work, the theatre, and the wall which runs up to the summit of the hill just referred to, where stood the ancient castle, date no doubt from the first century, if not from the days of Antipas himself. The family of Herods were famous builders, and it is to a son of Herod the Great that Tiberias owes, if not its origin, at least its rank among the cities of Galilee. Such attractions for health and pleasure as were afforded by these hot springs would have made this place widely known, and one of great resort from the earliest occupation of the country; and in the list of the fortified cities of Naphtali (Joshua xix. 35-38) these springs are doubtless referred to under the name Hammath. The order of names in this passage is Hammath, Rakkath, and Chinnereth; and some scholars have supposed that Rakkath is identical with Tiberias. If this cannot be proved, there is evidence that immediately north of the hot springs there was an ancient town, which was so thoroughly remodelled and rebuilt by Herod Antipas as to justify the general impression that Tiberias was founded by him. (Source: Picturesque Palestine, vol. 2, p. 50.) 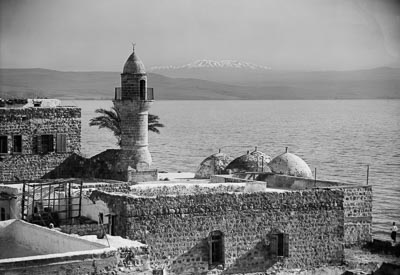 Like many other projects of the Herods, this city was not built without giving great offence to the stricter Jews. It seems that a portion of the ground enclosed or built upon by Antipas had been an ancient cemetery, and was consequently unclean. The thought of residing there was repulsive to the Jews, and Herod had to resort to various expedients to induce people to live in his new town. Josephus states that "many were necessitated by Herod to come thither out of the country belonging to him, and were by force compelled to be its inhabitants. Some of them were persons of condition. He also admitted poor people, such as those that were collected from all parts, to dwell in it. Nay, some of them were not quite freemen, and these he was a benefactor to, and made them free in great numbers, but obliged them not to forsake the city, by building them very good houses at his own expense, and by giving them land also; for he was sensible that to make this place a habitation was to transgress the ancient Jewish laws, because many sepulchres had to be taken away in order to make room for the city" ("Antiquities," xviii. 2, 3). (Source: Picturesque Palestine, vol. 2, pp. 51-52.) 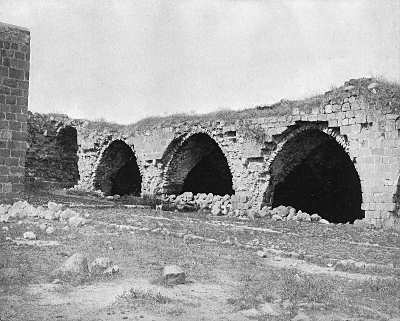 Source: Earthly Footsteps of the Man of Galilee, p. 183.

This offence passed away with time, for a generation later Tiberias and Sepphoris . . . were the most important cities of Galilee, and still later Tiberias became the seat of the Sanhedrim, and the residence of many learned and eminent rabbis. Further, it had at one time as many as thirteen synagogues. The Mishna was completed here by Rabbi Judah, called "the Holy," A.D. 220. The Jerusalem Talmud was also written here, about a century later, and the ancient Jewish writers themselves are authority for the statement that "the university of Tiberias was greater than that of Zippor or Sepphoris." The graves of Rabbis Ami, Ashe, and Akiba, and of the famous scholar Maimonides, are pointed out in the Jewish burial-ground to the west of the present city. St. Jerome also considered himself fortunate in having had for his teacher in Hebrew a learned Jew from this famous city. (Source: Picturesque Palestine, vol. 2, p. 52.)

Tiberias and the Coast 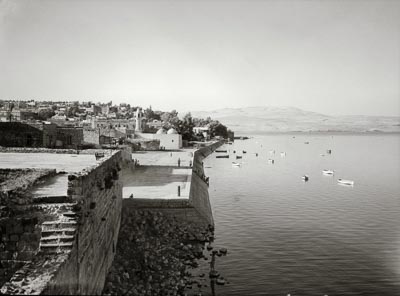 It is not known that Christ ever visited Tiberias, and some writers would account for the supposed fact by a reference to the ceremonial uncleanness of the place, while others think he did not wish to put himself unnecessarily into the power of Antipas. The rebuilding of Tiberias cannot have taken place before A.D. 20, or later than A.D. 27; hence we know nearly at what period of Christ's life this work went on. With the princely means of Antipas lavished upon it to make it a perfect city, its growth was rapid and its period of prosperity was permanent and long-continued. Here rose, as if by magic, fine Grecian colonnades, Roman gates, and costly public edifices, including the palace of Herod, while the streets and squares of the city were adorned with marble statues, and its synagogue was one of the finest in the province of Galilee. Here the council of the nobles of Tiberias, consisting of six hundred members, held its sessions during the Jewish War. The strength of the place at that time is indicated by the fact that Vespasian did not dare to approach the city with less than three legions of his best troops. (Source: Picturesque Palestine, vol. 2, p. 52.)