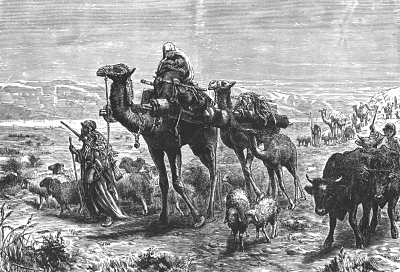 Arabs in the Plain of Jericho

As soon as the days of mourning for their great leader [Moses] had been accomplished, his chivalrous successor [Joshua] set the host in motion . . . . To cross the river in the presence of their enemies would at any time have been a difficult and dangerous operation . . . . [T]he river [was] rapid, the banks steep. And Jordan was now in flood. It had filled up its banks and was absolutely impassable. Confiding, however, in Divine aid, the signal to advance is given. The priests march first, bearing with them the ark . . . . No sooner had the feet of the priests touched the brimming waters of the river, than the stream ceased to flow downward, being cut off at a point nearly thirty miles above, at the city of Zaretan, leaving the bed dry till the whole people had passed safely over . . . . The inquiry suggests itself whether any natural agency, working under the control of a Divine power, can be suggested to account for this drying up of the Jordan. It has been already remarked that the whole region is volcanic and subject to earthquakes. It is, therefore, a possible conjecture that such a convulsion of Nature may have occurred at this critical moment, so that for a time the bed of the Jordan was laid bare ‘from the city of Adam, that is beside Zaretan.’ (Source: Those Holy Fields, pp. 77-78.) 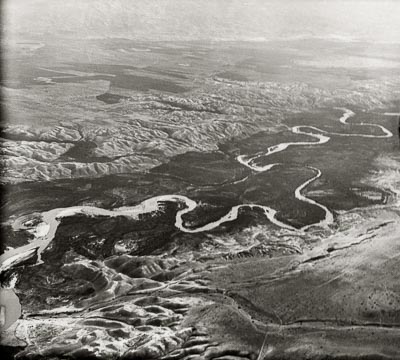 The name of the ford, Damieh, suggests an ancient site of not a little interest in connection with the miraculous passage of the Israelites . . . . (Joshua iii. 14, etc.). The description is given with singular precision. Of course I accept the miracle as a display of God’s power, exercised on behalf of his chosen people. There can be little doubt that in Damieh we have the name Adam; and possibly this conspicuous mountain, now called Sartabeh, may be the ancient Zarethan. It is worthy of note that the projecting bluff of Sartabeh narrows the valley, so that the natural structure of the ground formed a barrier for the pent-up waters of the river. Such thoughts flashed upon my mind as I sat upon the high bank above Damieh and read the wonderful narrative. I saw no traces of ruins near the ford to mark the site of an old city. But the banks on each side are so thickly covered with rank vegetation that days would be required to search for ruins. There are extensive ruins on the top and round the sides of Sartabeh. (Source: Galilee and the Jordan, p. 281.) 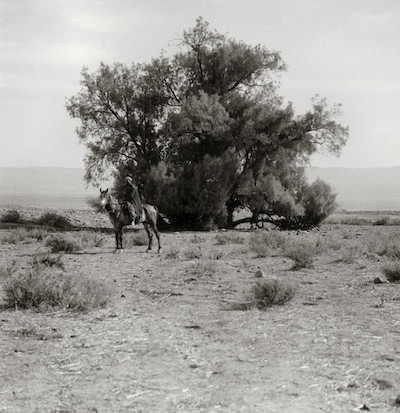 Gilgal . . . had long passed away from history, and its name was almost lost to local memory, when a German traveller recovered it in a mound called Tell Jiljul, and an artificial pond, Birket Jiljulia. It is on the direct road to the upper ford at the Convent of St. John, about four and a half miles from it, outside the cultivation of the oasis, and not quite one and a half mile from the modern Jericho, or Er Riha. The situation exactly meets the requirements of the history of Joshua, and points to the place where the passage of the Jordan was made. It was here that the Israelites erected twelve stones in memory of their passage, and here the rite of circumcision was renewed. The pool is built of walls without mortar, about forty yards in diameter, and there are about a dozen small mounds, three or four feet high and evidently very ancient, scattered within a space of a mile. They are called generally “the city of brass,” but also Jiljulieh, and it has been conjectured that they may be the remains of the Israelites’ fortified camp. The water which flows through the pool is fed from the springs of Jericho . . . . (Source: Picturesque Palestine, vol. 1, pp. 171-74.) 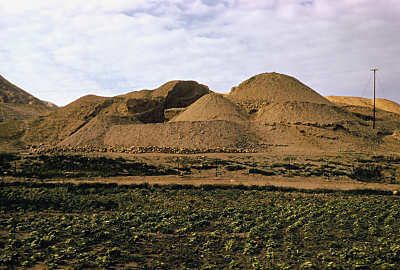 About half an hour after leaving Er Riha, we reach some mounds of crumbling débris at the foot of a range of barren precipitous mountains, which form the western boundary of the Jordan valley. It is the site of JERICHO. The soil around it is fertile as ever. Its fountains still pour forth streams over the ‘well-watered’ plain. Nowhere has the primeval curse fallen more lightly. With the slightest effort on the part of man, the whole region would become a garden . . . . The groves of palm trees which once stretched for miles around the city and gave it its name have disappeared. One solitary survivor lingered up to the year 1835, but this, too, has now perished. Nothing is left to break the depressing sense of solitude and desolation. The curse pronounced upon the doomed city still seems to linger amongst its ruins ‘Cursed be the man before the Lord, that riseth up and buildeth this city Jericho: he shall lay the foundation thereof in his first-born, and in his youngest son shall he set up the gates of it.’ (Source: Those Holy Fields, pp. 73-74.)

At BiblePlaces, see Jericho or Joshua 3