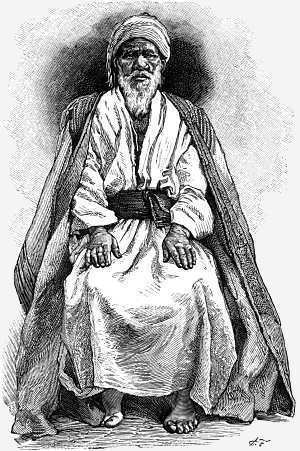 Sheikh of the Lepers

Inside [Zion] gate is some unoccupied ground, and here one encounters the most painful sight in the whole city-a few poor dilapidated huts, occupied solely by lepers. They squat in the dust inside the gate, begging piteously from all who pass in and out; their voices husky; their features so disfigured by blotches and swellings as to be almost undistinguishable; their fingers, toes, hands, and feet in many cases eaten away. This seems to be the only place in Jerusalem where their presence is tolerated, and the inhabitants studiously avoid it. I have seen the lepers in Damascus in their hospital, the traditional house of Naaman. I think the disease is not the true leprosy mentioned and minutely described in the Bible. It is incurable, but not infectious. It appears to be hereditary, and prevails only in certain districts. It is known to medical men as elephantiasis, and is one of the most loathsome forms of disease. The chief, or sheikh, of the lepers is here represented. (Source: Jerusalem, Bethany, and Bethlehem, pp. 62-63.)

House of Naaman the Leper, Damascus 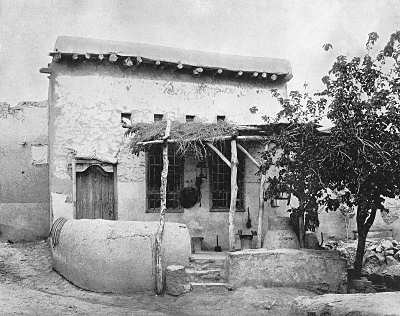 Source: Earthly Footsteps of the Man of Galilee, p. 282

An interesting episode is the healing of Naaman, the Syrian general, from leprosy by the prophet Elisha, to whom his attention was directed by a Jewish captive maid (2 Kings v. 8-14). The memory of Naaman is perpetuated on the banks of the Abana in a leper hospital, which occupies the site of his house. "I have often visited it," says Dr. Porter, "and, when looking on its miserable inmates, all disfigured and mutilated by their loathsome disease, I could not wonder that the heart of the little Jewish captive was moved by her master's sufferings." (Source: Picturesque Palestine, vol. 2, pp. 176-77.) 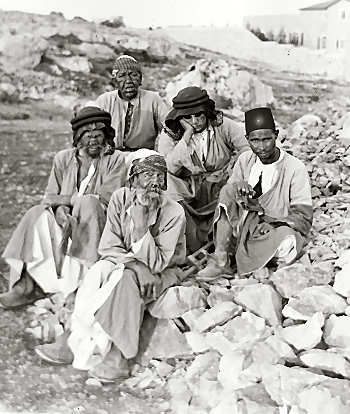 Naaman . . . was one of the greatest generals and greatest men of his age, but "he was a leper." In some warlike expedition he carried away a little Jewish maid, who became his slave. Amid his sufferings the little maid exclaimed, "Would God my lord were with the prophet (Elisha) that is in Samaria! for he would recover him of his leprosy." Naaman went, but Elisha did not condescend to see him. He simply sent him a message saying, "Go wash in the Jordan." The proud Damascene was indignant. He expected that the prophet would come out and "call on the name of the Lord his God, and strike his hand over the place, and recover the leper. Are not Abana and Pharpar, rivers of Damascus, better than all the waters of Israel? may I not wash in them, and be clean?" But Naaman obeyed and was cleansed. He washed in the river again and again-- seven times, according to the divine command of the prophet-- and, lo! healing came! . . . That child's voice still rings through the ages, and the rich man and the poor, the great and the lowly, may find health and gladness in the rivers of salvation! (Source: Earthly Footsteps of the Man of Galilee, p. 282.)