Views That Have Vanished:
The Photographs of David Bivin

In the early 1960s, David Bivin went to study at The Hebrew University of Jerusalem. Armed with a Yashica-D medium-format camera, Bivin traveled the land of Israel and the surrounding regions taking 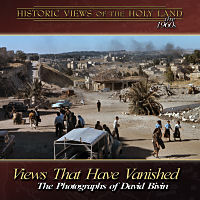 photographs of biblical sites, archaeological excavations, and everyday scenes. Today these photographs provide a window on a land that has changed radically, as a result of the construction of cities, the Six Day War, and the unification of Jerusalem.

This volume includes more than 700 photographs in high-resolution (1600x1200 or higher) jpg format, which means the images look crisp and clear even when projected on a large screen. All of the images are also included in pre-made PowerPoint® files for classroom teaching. Explanatory notes are included in the PowerPoint® files. The collection includes photographs of Israel, the West Bank, Jordan, Greece, and Rome.

"Views That Have Vanished is a great addition to the already long list of photographic materials published by BiblePlaces. The CD belongs in the library of every church and every person who teaches Bible classes with an emphasis on the land in which these historical events took place. Frequently I say to my groups, "I wish you could have seen this before. . . ." Now, you can see it through these photographs."

About the Photographer: David Bivin is director of Jerusalem Perspective (www.JerusalemPerspective.com), and a member of the Jerusalem School of Synoptic Research, a research organization made up of Jewish and Christian scholars dedicated to better understanding the Synoptic Gospels.

About the Producer: Dr. Todd Bolen is a Professor of Biblical Studies at The Master’s University. He lived and taught for many years at their campus near Jerusalem. He is the producer of more than 60 volumes of photographs illustrating the biblical world, including the Pictorial Library of Bible Lands and the Photo Companion to the Bible.

Guarantee: You will be satisfied or your money will be refunded.

"For years now, Todd Bolen's wonderful collection of photos of Biblical sites has been an indispensible tool of my preaching and teaching ministry. My congregation loves to see as well as hear about the places where Biblical events happened. This new collection fills in a critical gap, allowing us to see the Holy Land before the massive changes that have taken place in the past 50 years and obscured parts of the land that had changed little over many centuries."

The Uniqueness of this Collection:

Continuous Presence: David Bivin was not a tourist to Israel, but he has lived there continuously since 1963. He was there to photograph historic archaeological excavations in progress, view military parades, and experience the cycle of holidays every year. Bivin’s presence in the land allowed him to get photographs that an intermittent visitor likely does not have the opportunity to take.

Dramatic Moments: Living in Jerusalem enabled Bivin to photograph such fascinating events as the aftermath of the capture of the Old City of Jerusalem in 1967, the Independence Day celebration of 1968 when Israel paraded military hardware captured from its enemies, and the mourning procession for Egyptian president Nasser in 1970. Bivin was present at the Western Wall when the prayer plaza was being created. He was on the scene when crates of Jordanian ammunition were being removed from the Citadel of David. He caught on film the streams of Israelis finally able to visit the most ancient parts of the Holy City, off-limits to them during the decades of Arab control.

Jaffa Gate shortly after the capture of the Old City, July 1967

Photographic Skill: Though not a professional photographer, Bivin had a high-quality, medium-format camera and he took extensive photographs throughout the 1960s. His detailed notes allow each photograph to be easily identified, including the exact date on which the photograph was taken.

Knowledge: First a student and then a teacher of historical geography and archaeology, Bivin traveled to major sites all over Israel, and the East and West Banks of Jordan. He photographed ongoing excavations at Megiddo, Ashdod, Masada, Arad, and Gezer. He led groups to rarely-visited sites such as Dothan, Tirzah, Shiloh, Gophna, Tell el-Hesi, Tell Jemmeh, Mamre, Beit Zeitha, and Jebel Qaaqir. 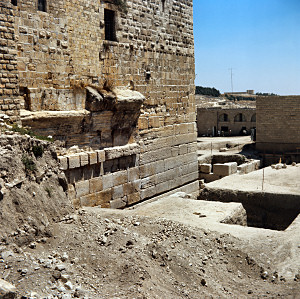 Color Photographs: These are among the earliest color photographs taken in Israel.

"For those who are interested in Israel, archaeology, and history, this CD offers an enlightening glimpse of numerous sites as they looked 40 years ago.  Four decades of excavations and life in Israel has greatly changed the appearance of numerous locations of biblical significance and this CD allows us to see those places before those changes took place.  This CD gives us another tool to help people better understand the Bible in light of its connection with the geography and topography of the land of promise."


"Going back in time is physically impossible, but these stunningly clear photos show vintage 1960's views of biblical sites, many of which are presented with modern day contrasts.  This valuable resource adds historical/cultural texture for personal study and also in a teaching context."
—Matt Kottman, Pastor of Calvary Chapel, Leatherhead, U.K.

Click here to see some "Then and Now" comparisons 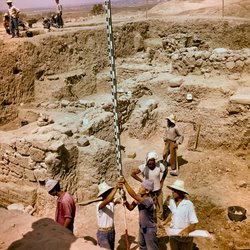 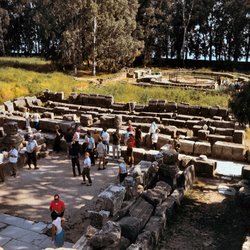 Capernaum synagogue and Church of Peter, 1968 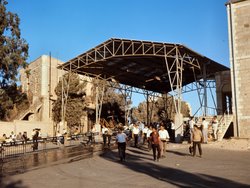 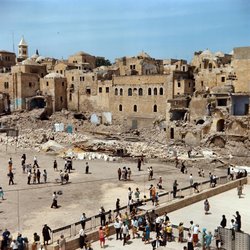 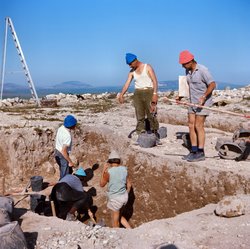 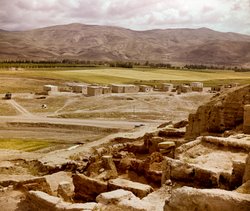 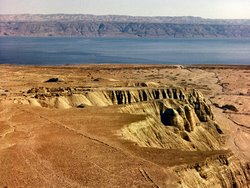 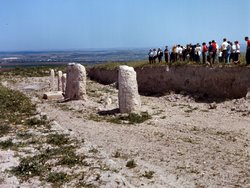 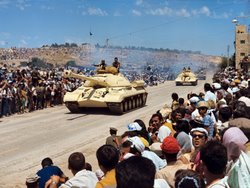 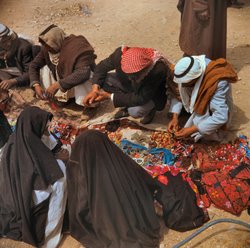 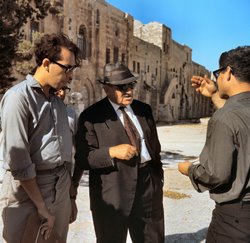 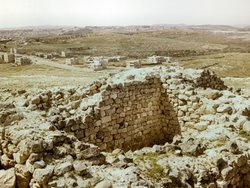